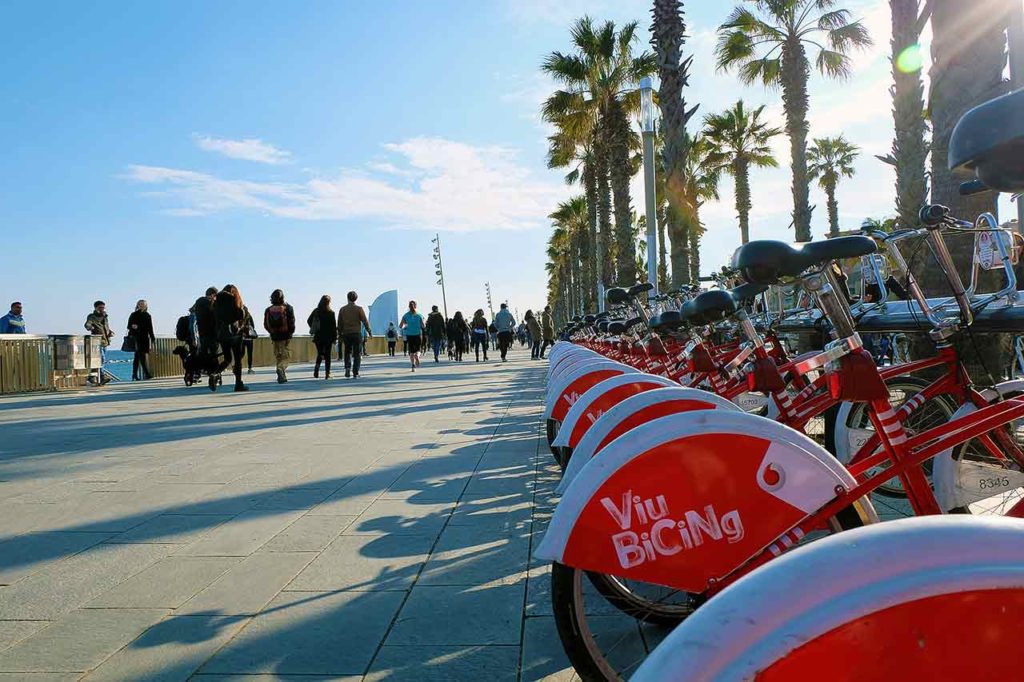 The population of Barcelona does not exceed 2 million but still its streets keep on buzzing with the sounds of stop less activities. The local governmental authorities of the city have been trying their best to make it a pollution free city for a few years now. That’s the reason why they urge the use of bicycles in comparison to other means of transportation. Keeping that in view, several initiatives have been taken in order to make the city bike friendly. There are almost 400 different bicycle stations that have been strategically distributed among different areas of the city. A biking system known as Viu Bicing has also been introduced in this perspective. This system works in collaboration with the local municipalities of Barcelona in order to offer cheaper transportation means throughout the entire city.

Biking in different parts of Barcelona is known to be very easy and convenient if you know your ways. You get to reach your destination conveniently without having to spend a lot of time unless your route requires you to pass by the Barri Gotic as it is a very congested area. It won’t be wrong to say that it is the only area in the entire city which gets so congested especially at the rush hours.

The operation of the viu bicing system is pretty simple. All you need to do is to make a payment of 47 euros and a few days later, you receive a plastic card delivered at an address you provide. Then you need to go to the official website of this system in order to activate your card. Remember that you need to have a debit or credit card from a Spanish bank to make this purchase. Once you are done with the whole process, you get to take your card to one of the viu bicing stations, swipe it in front of the card reader. Then you require waiting for a few seconds until you get notified by a green screen which gives you information on a slot to remove your bike from. Now you get half an hour to use the bike to reach another viuc bicing station for depositing the bike back before getting charged for it.

In case you get a bike and there’s something wrong with it, you need to get it back to the station within 3 minutes. In case you miss the 3 minutes deadline, you would have to wait for an additional 10 minutes before you can remove another bike from the slot.

When you need to return your bike after using it, you don’t need to swipe your card by the reader but you have to take care that the blinking green light should transform into solid red light which indicates that the bike has been safely returned.

Viu bicing is gaining a lot of popularity in Barcelonan people since it is an economical, environment friendly and healthy way to move around the city.